Tips to help kids get acclimated to a Virginia new home

You are excited because you will finally live in the Virginia house you have dreamed of for a long time. It doesn’t matter what city you have decided to move to, Here & Now Movers will help you with that process. However, you may suddenly realize that your children aren’t exactly happy with the changes that are on their way. Now, between so many tasks you have to handle between packing and relocating, you are worried about your children. You have probably been wondering will they ever get used to living in a new house and will they ever stop being sad? You may even think about postponing the relocation. Well, you don’t have to do that. What they feel is completely normal and it would be unusual if the situation was different. Keep reading, because we have some tips to help kids get acclimated to a Virginia new home.

Why do kids have so many emotions while moving?

It all depends on the age, but for some kids moving is harder, for others it is less hard. However, for all of them, it is a big change that leaves them with a lot of emotions and mixed feelings that they don’t know how to handle. For example, if you are moving to Sterling, they may not even realize what has been going on, before movers Sterling VA come to pick up your things. All of a sudden, they are in a new Virginia home, where everything is unfamiliar to them. Admit it, you don’t feel like yourself there either. At least not t the beginning.

When it comes to toddlers and younger kids, the change is difficult because they can’t fully understand the situation. You may try to explain it to them, but all they know is that they have a new bedroom, and they need to spend time in a new kindergarten, with new people. On the other hand, older kids know what is happening, but sometimes they wonder if the reasons are valid. It may be even harder for them because they have a built life to leave behind. Some of the reasons that can make moving extremely difficult for them include:

How can you help kids get acclimated to a Virginia new home?

Although you most likely have many valid reasons for moving, your kids may not care. Although robust, children are more sensitive than adults to changes in their habits and surroundings. Moving will initially be uncomfortable, but there are things you can do to ease everyone’s transition.

The process of acclimation to a new home and new surroundings can start even before you move. The first tip is to talk to your children and explain the situation to them. For example, if you are moving to McLean, find movers McLean VA with your children and drive to your new home together, to show them the surroundings. The most important thing is not to act like nothing is happening and like it is not a big deal. It is. But you have to explain to them that how they feel is normal, that they don’t have to change every little thing in their life and that it will become even better soon.

One of the best ways for your kids to get acclimated to a Virginia new home is to have a proper conclusion when it comes to their old house. So, organize a farewell party for them. It may feel sad and there may be a lot of tears. However, your children will know that their friends won’t forget them and that they can stay in touch and visit each other from time to time. Before you hire moving companies Ashburn VA, give your kids some time to accept the fact that they are leaving that place. Make them prepare a small DIY gift for everyone at the party. Also, ask their friends to share some of their favorite and funniest memories and to bring a small something that has a meaning for them. This way your kids will accept the transition more calmly.

Make the most of the changes when they don’t see

It may be difficult for your kids to see you pack the things, especially some of their favorites, or that you are even throwing some of those out. On one hand, you have to include them in the process. Let them pack some of their belongings and decide on the destiny of others. On the other hand, they might not be ready to face such a change all of a sudden, even if they say differently. So, keep their routine the same until the last day, and finish most of the things while they are away.

There are some important things to do when you get to your new home. After Northern Virginia movers help you relocate, unpack your children’s belongings first. Set up their room. Let them choose how they want it to look. They may want it to be as similar as possible to their old one, or completely different. The sooner they get the feeling it is something theirs, the sooner they will get used to it.

Of course, it can’t be completely possible but stick to the old routine as much as you can. Let your kids play the same sport. Have them watch the same TC shows. Getting up and going to bed at the same time is important. Also, show them their new surroundings. Let them explore Virginia and see there are a lot of things to do there. This way they will get acclimated to a Virginia new home quickly. 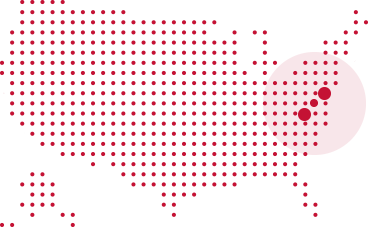